I really should be cleaning, as we have a mate from the states coming tomorrow, but it’s been too long since  just had a creative playtime and I had an idea that I just wanted to try out.

I was playing with the idea from last week of brayering ink over the embossed cardstock, and I spied the new punch that I got, the one with the big holes and scallops.

I embossed a thick strip of cream cardstock, scooching the embossing folder along so the whole thing was covered.  You can see the join, but it doesn’t really matter for this.

With chalk ink I brayered over the embossing to highlight it.

I punched the edge with the hole-y scallop and trimmed ita 1/2 inch or so above the scallops. I scored it in my usual way, between the scallops and at the apex, then stuck the ends to make a circle and squashed it to make a rosette. 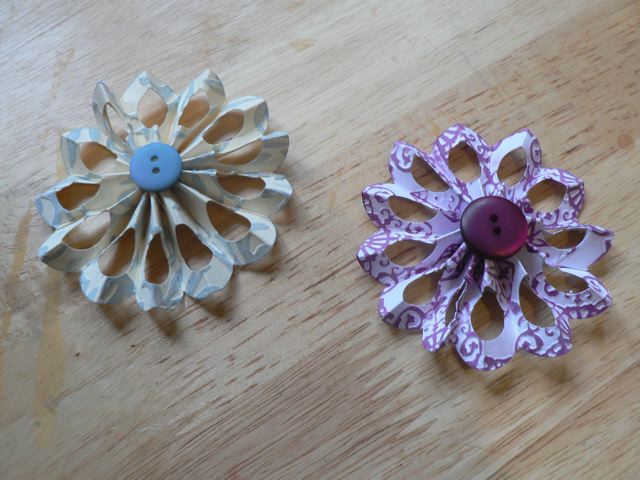 Topped with a button, they look very pretty.  BUT, I think they are perhaps better on a card or maybe hanging on a ribbon as an ornament.  I suppose they aren’t all that much thicker than a normal rosette but still, they might be a little bit thick for a scrapbook page.  Maybe on a band to create a napkin ring?  Anyway, it was just my first experiment with it, and as I usually do I’ll probably play around with it a bit more till I perfect it.

I like the look of the strip, punched, before it gets scored and THAT I might play around with to use as a border on a scrapbook page.  Lucky I have a crop this weekend! 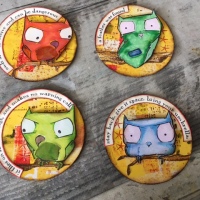