I am away for the day and as I had this info captured I thought why not share it, as an alternative to a blank page.

The gnomes are, I think, quite cute and easy to make, with or without a knitting machine. I have two versions, although the differences are more to do with the fun fur beards, the knitting is the same:

Humm. Kinda. The fabric circle was something I initially made use of when I stuffed the body with lavender but if stuffing with toy stuffing only you can ignore that completely. The knitting part is simple:

Once you have your little knitted gnome tube, simply gather the cast-on edge (easy with the knitting machine because the cast-on is actually gatherable with a pull, if hand knitting just run a length of yarn thru the stitches and pull to gather then secure) and sew on the large wooden bead for the nose.

Stuff nicely and gather the cast-off edge as well.

I cut an oval of the fun fur because I only had the short-ish fur, rather than the long fur that looks more like hair, IYKWIM. Folding it in half then sewing the folded edge under the nose created the beard.

The hat is basically identical to the body except you will only gather one end of the tube, then roll the other end to make a sort of a brim:

Slip it over the top of the gnome head and tack it in place with the brim resting on the nose. I wasn’t keen on how the beard stuck out from the chin so I ended up tacking it down.

For the other one, same process, except I only cut half of the oval and tacked it down all round. Not a lot of difference between them but slightly less resources used. I guess the beard on the green-hatted gnome is slightly fuller looking.

You can see the hanger on the blue-hatted one. I think these would work for Christmas ornaments with little red or deep green hats and they use very little yarn so scraps can be used up. Stuffing them partially with stuffing but with some beans for weight makes them sit nicely on the table. I think they would also be cute for place settings. Remember this guy? He is slightly different, much more knitting required, much larger, but he sits as I describe:

Just creating this post has given me a bit of an idea for a version that might be…interesting. I’ll think on that further and report back if it blooms from this seed of an idea.

Might be back tomorrow if I feel up to it, but I might not. Likely back on Monday, although it is half-term so Darling Daughter always has me on a rigid schedule of Mom+Daughter time so we’ll see.

3 thoughts on “Those little Addi-cranked gnomes” 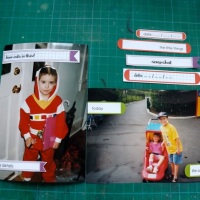