It would seem that people like the Father’s Day printables I added yesterday.  I was worried that all the text was too much to be appealing, even if the quotes were ones I loved.  So after we packed DS off I sat down to make a simpler set.  I am happy with how they turned out.

I did two versions, a more UK version and a more USA version.  Not much difference – in the end, although Top of the Pops was def. a UK chart show, there was nothing comparable in the US so I left it on both.  But I have had a couple of my UK friends mention the very American AWESOME isn’t something they would use.  To be fair, I’m not sure how common saying dead {whatever} (as in Really REALLY something) is, nor if WICKED is as common as it was.  But hey ho… I was tempted to hark back to one of DS’s favourite books and use pure dead wicked but resisted the urge….

I figure that enough US kids play football (soccer) that it is probably going to be OK both sides of the pond, and if not, it’s positioned so that a small photo of a kid would cover it. 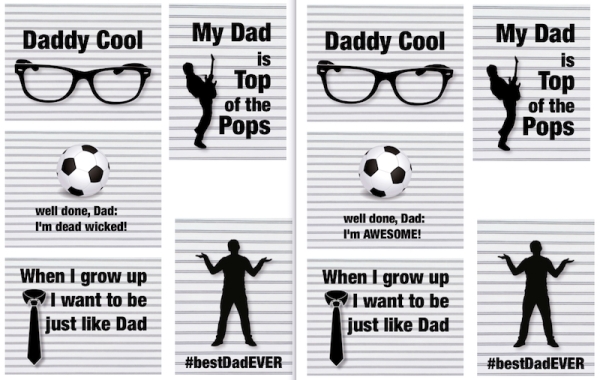 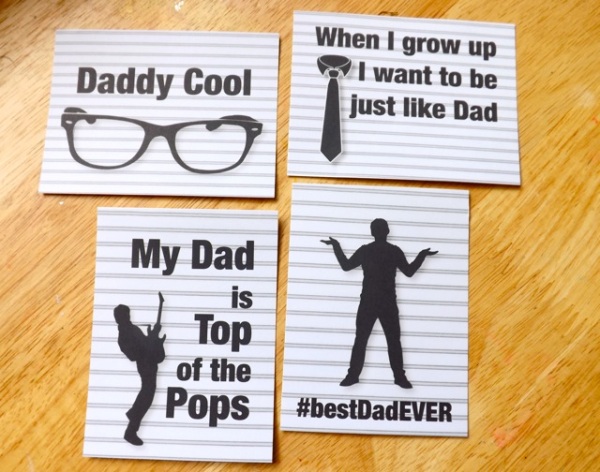 I think the very slight drop shadow looks good – the background is scanned dress shirt material so very Dad, don’tcha think? I think most would work really well for a card topper, if you find yourself in need of a quick card.

The silhouettes are CC 3.0 – Attribution so I’ve included the link to the sites.  They don’t cross the printables, you’ll easily cut them away, but the info needs to be there. 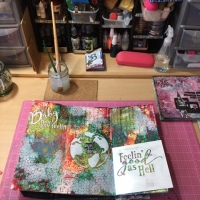