As I mentioned I am loving the Japanese stab binding tutorials.  Although I’ve missed my window of opportunity for our Japanese visitor, I’ve no doubt the will be back and as I am laid up on the sofa trying to hold out till I can go to the Dr. tomorrow, I figured I’d have a go at another one.  The one I decided to use is the Stars one.  Yeah, well, whether it’s the fever or me being my usual stupid self, I mounted the template I printed upside down.  What I mean by that is I mounted it so the line of holes that should be along the outer edge were in fact along the inner edge of the spine.  That meant that the wraps around which should fall on the outside edge had no place to wrap. DOH!

Not willing to abandon the book I just decided to wing it.  I worked out my own pattern using the holes I had already punched.  It’s not too bad, although nothing at ALL like the stars! 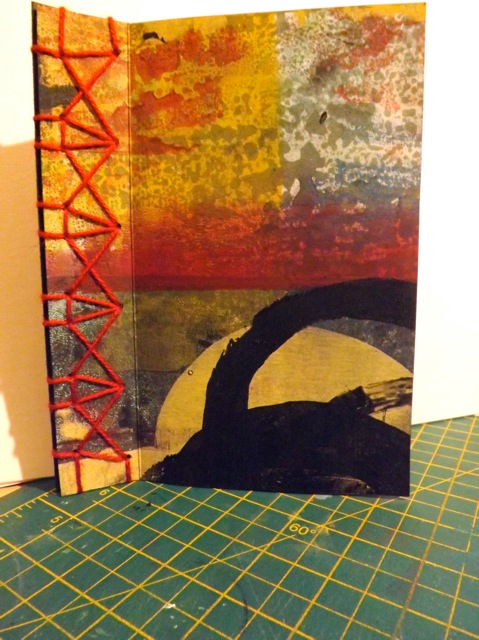 Sorry it’s late in the day and my lights are rubbish.  I quite like the pattern I achieved.  I might have a go at writing it up but to be honest I have no idea if this s some common pattern for a stab binding that I just stumbled on – I’ve no idea how to research it so if I add it it’ll just be a case of putting it out there, not of claiming its some fab new discovery.

The pages are 8 x 10 Gelli prints, folded n half.  Each one sandwiches a strip of black cardstock and those strips form the spine edge of the book.  It’s a bit like a French Fold book, without sacrificing too much of the print to accomplish that. It measure 8 x about 6.25  and the pages have about 8 x 4.5 inches of usable space.

Here you can see the folded edges: 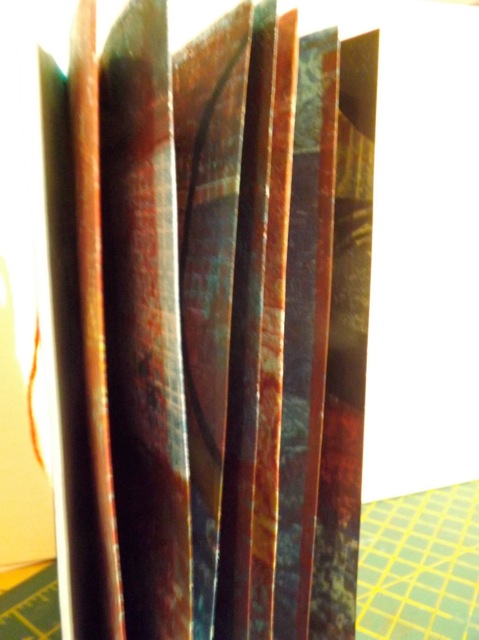 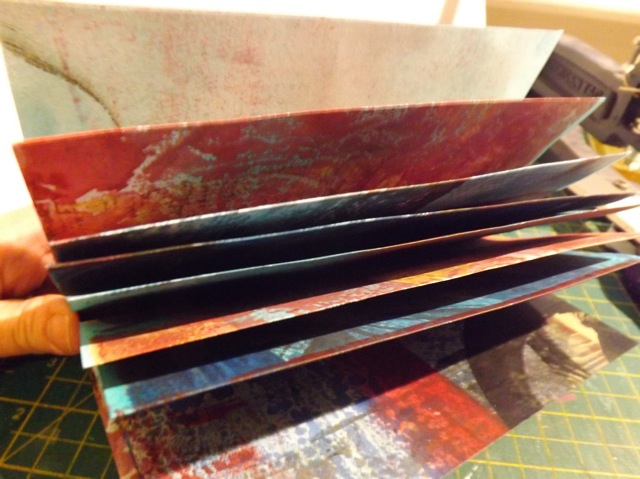 I like both the front and the back pattern of the stitching. 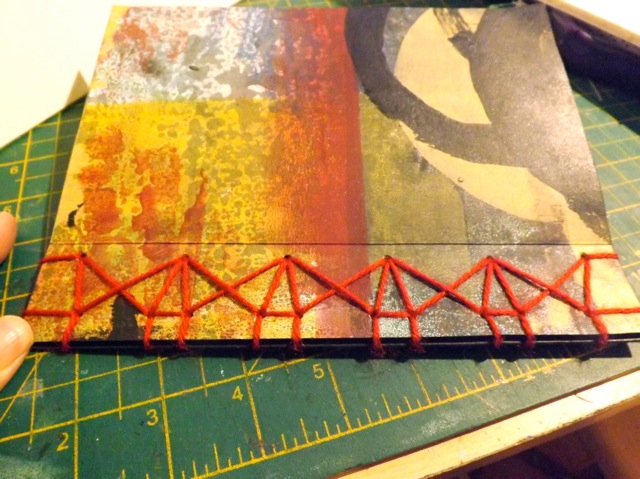 I’m not actually sure if it is meant to look exactly the same on the front and the back.  Mine doesn’t so it my not be “traditional” but I still like it. 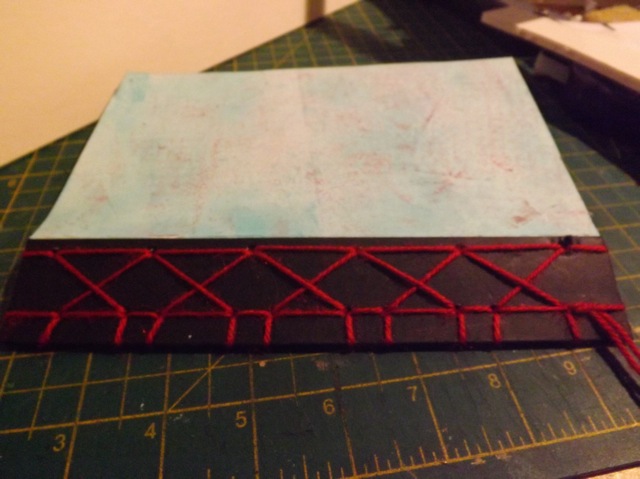 Bear with me till the morning.  Dr. is first and foremost, but when the light is better I’ll try to get a more accurate shot of the true colours. It was more of a learning exercise at this point than anything else, and for THAT, I’m pleased with it.

I did wind up doing the stars tutorial on just a scrap of foam core.  It was dead easy and looked great.  I would suggest it over the kissing fish for a first go.  Just remember to orient the template the right way!

One thought on “Stab Binding – doh!”