I’ll admit, I totally forget yesterday when I did my WOYWW post that Weds. is also the debut of the new Stampotique Designers Challenge.  So I set aside the ATCs to do that instead.

All in all it went together rather easily, and I certainly enjoyed making it. 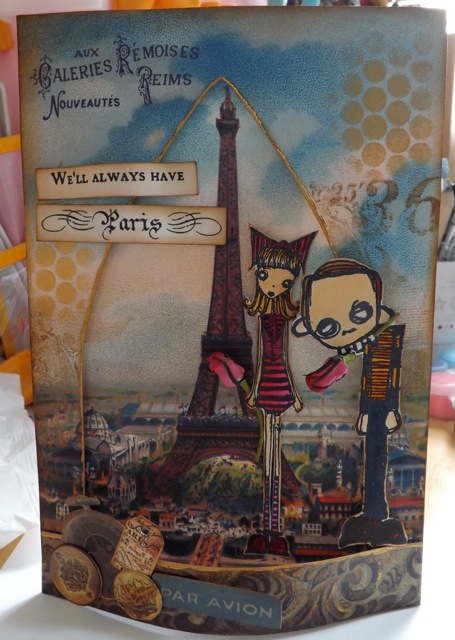 I had in my mind that I would have a go at a gothic arch.  I had seen references to a Gothic Arch challenge blog on other WOYWW desks but when I went to have a look it looks like it stopped new posts last year!  That’s me in a nutshell, a day late and a $ short, as they say.  Never mind.  I sent ahead with is anyway.

Never having done one before, I was a little all at sea, but what I ended up doing was starting with a base of a lovely old Paris postcard image from The Graphics Fairy.  I printed it twice, then cut a pretty basic arch shape out of one of them.  I added some Distress Ink then brushed on some thick gold paint around the inside of the arch.  Hard to see, but I added pop dots/foam pads around the cut out area.  Sticking the cut-out to the outer edges of the 2nd image, and having it popped around the open edges gave the whole thing a real depth. 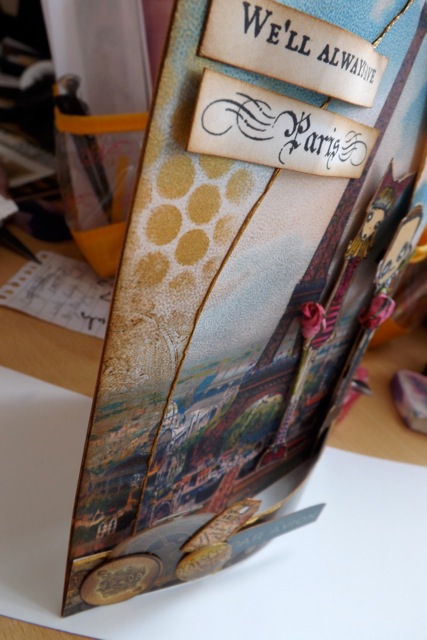 For the bottom edge, to create a stand element, I cut a bit of an old frame embellishment, wider that the base.  By sticking THAT just at the sides, it created a bowed effect.  that allows the arch to stand up freely. A scattering of vintage-y elements and the quote from Casablanca finished it off. For that, I used a bit of this image, just cutting out the PARIS word digitally to make the text banner. 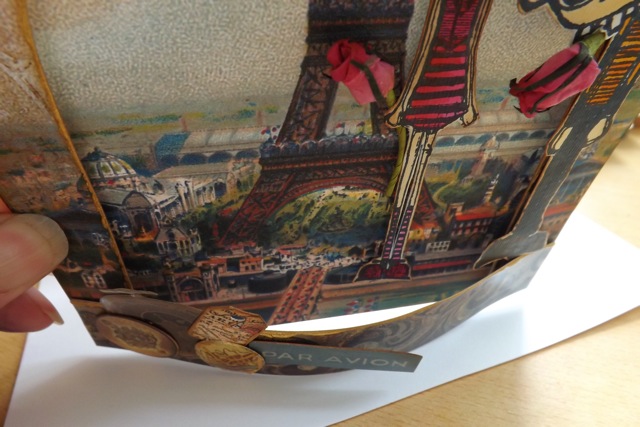 I coloured the stamped images with Copics but then knocked back the brightness a little with some Vintage Photo distress ink. The little couple are the same two I used on the True Love box, for an SDC challenge eons ago,  and I like to think of them as having grown up and moved on but alway remembering their time in Paris fondly. In order to get the best image the biggest I had to lead off with the surprise inside.  Not the way I would usually choose to do it, but hey ho, the magic of WordPress dictates it. 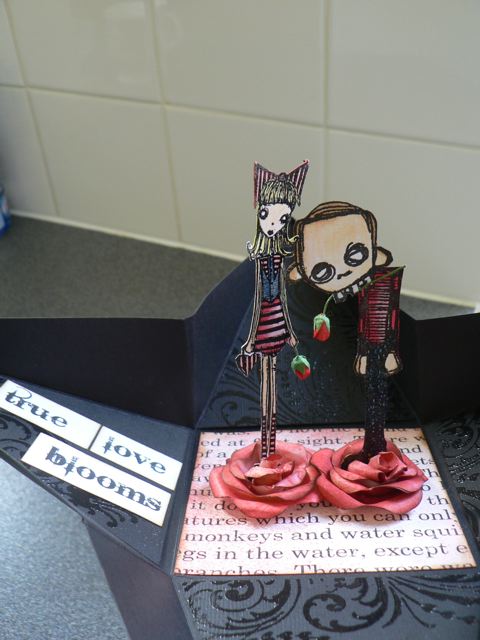 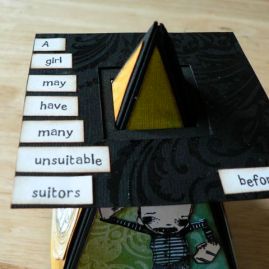 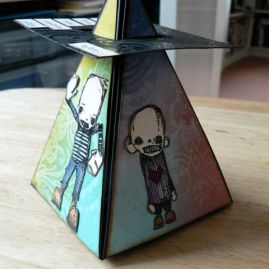 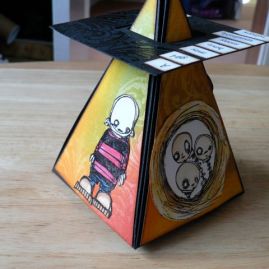 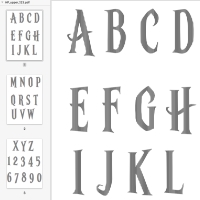