If you recall I posted a photo of my paper storage, using the ArchLever file surround.  The IDEA is a good one, but the reality was it was all in a bit of a state. 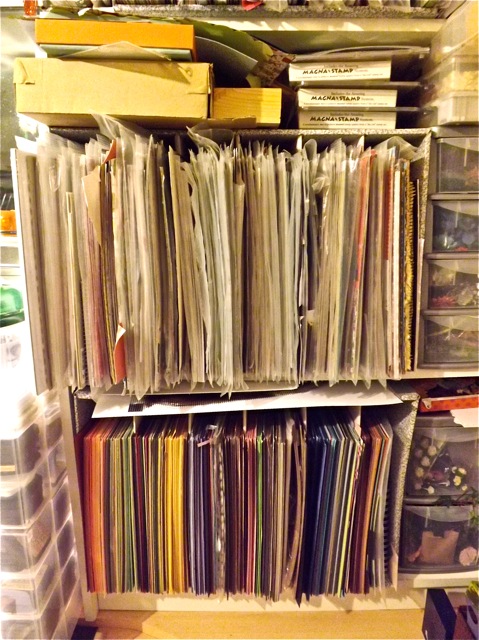 My cardstock was all out-of-order, back from when I moved the shelf it sits on out of the direct sunlight from the window, and as I was organizing anyway I thought this would be a good time to tackle that.  HA! Just as I take a break from the annoying paperwork issue that is keeping me from my crop today, I thought I would post my progress from yesterday and a tip.

While I generally tend to organize my patterned paper into “kits” (made up to my own knowledge of my scrapping style) and split up un-kitted papers into groups like STRIPES/DOTS/VINTAGE/KID, I don’t split up my paper pads as I tend to use those as a set maybe 98% of the time.  You can’t really see them in the photo as they all sit on a shelf, in a bit of a jumble, above the two shelves you CAN see.  As I was trying to bring some order to them I had a great idea – to mark along the spine of the pad what the pad was so I could identify it easily.

Now I have a few, but I don’t have a ton of them, so I kinda know by name and maker, the style of the papers. MOST of the pads either have a glued spine, with the cut-off strip below the spine, or a fold of paper joining the back of the pad to the front.  This is what I write on.  IF the pad does NOT have an area to write on, either because there is no cut-off strip or no spine, I make a simple one from scrap card, like so: 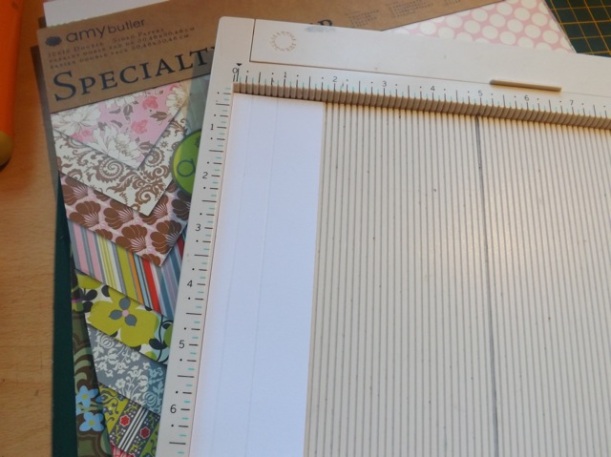 Fold, write, and stick it to the front and fold to the back, stick if you can. 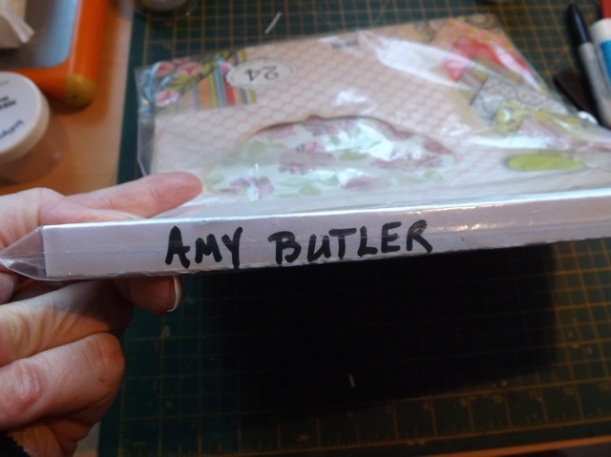 If the pad has been decimated because I’ve used a lot of it in various projects, it goes in a bag with the spine on show.

Some of the paper packs are not PADS, but bagged, and usually quite a bit thinner.  For them I used some Martha Stewart stick-on tabs: 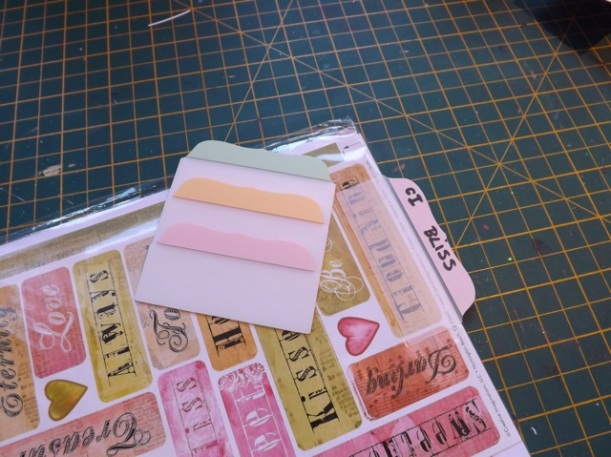 And that brought much-needed order to the chaos!

I am also making a few other changes – my friend Bev (she who created UKS) commented on a post many years ago when I was blogging scraps.  Her point was that if the scraps were in a DIFFERENT place than her cardstock, she never remembered to look at it.  Lightbulb! I am taking my scraps OUT of the hanging folders and putting them in bags and mixing them in with my cardstock.  I am moving the kitted bags into the hanging file, where I think it will actually be easier to flip thru.

I have a plan for my card kits too but will have to share that later.

But lest you think I am nearly done, check out the state of my room (and you can’t even see the mound of paper behind the door at the right):

And I have to share (although it pains me to do so) my ribbon bag of shame.  I found a couple of boxes where I stuffed odd bits of ribbon, or specialty ones that didn’t really fit with the plain colour bags on the back of my door. That needs tackling too! But not today. Sorry for the blur, but in this case that might be a blessing LOL! 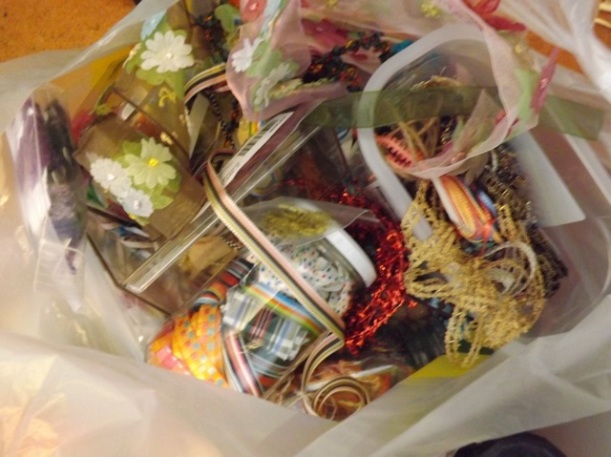 Now, back to paperwork.  Ugh.