I made the script set for you.  A couple of notable differences.  I wanted to fit six on the page so I could get all the ones I wanted on there. This set has:

which were all things I had in mind or were mentioned.  But because there are  six rather than five you can no longer simply cut the 2 inch strips and stick them to the printer paper.  You will be better off printing a page first, then sticking the strips on to match the spacing.

Between the first set and this set that should cover a multitude of options.I had a chat with Laura and Ally at my local crop – both SU! gals – asking if there might be a stamp that fit around a 1 inch circle punch perfectly.  My idea had been that if there were stamps, people could easily stamp a word or short phrase (maybe inking only part of the circle) using the spacing of my printables as a guide to how long the text can be and still be able to fold the circles to fit and widen their options.  We weren’t able to come up with anything, but if you have a stamp like this, any make, so mention it in the comments!

Unlike the first set, I did these only in Black and Brown versions.  If anyone has a strong desire for the coloured version, comment.  If I get the time, I’ll do them.  But my feeling is that if you print them and add the little punched circle to coordinate with the paper you are printing one, the plain sets offer much more flexibility than set colours do.

After the whole “jungle bells” thing I am so paranoid of adding something that has an error of some kind, so I had to do one of each to make sure that the words all fit the folds.  And what fun is a text only blog post anyway?

I won’t share them all today, but I did want to share this one in particular for two reasons – first I am so in love with the new dies I bought at Kraft Crazy in Tidworth while at the crop on Saturday.  Stunning.  Next, a pitfall or two of printables – first  is that the ink from your printer is NOT waterproof if it is an inkjet one.  I thought I had left enough time to be sure the ink was dry – maybe it was dry but I think had I heat set it by blasting the printing with my embossing gun I might not have had the ink run when it came in contact with the glitter glue. Second, if you do want to do some edge treatment on the petals, make sure you position your punch so there is enough room at the edge to do so. 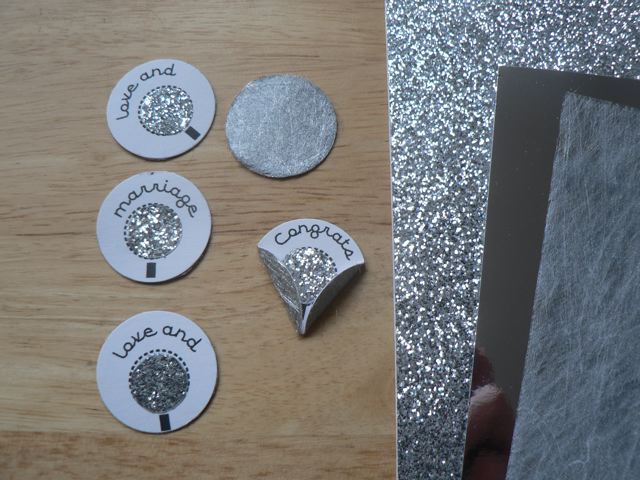 I printed the circles on a strip of silver mirror card.  I added a layer of Angel Wings ..webbing?  Not sure – I got it as a Christmas gift one year and have never used the stuff.  I punched a sticky-backed glitter circle to add to the middle. 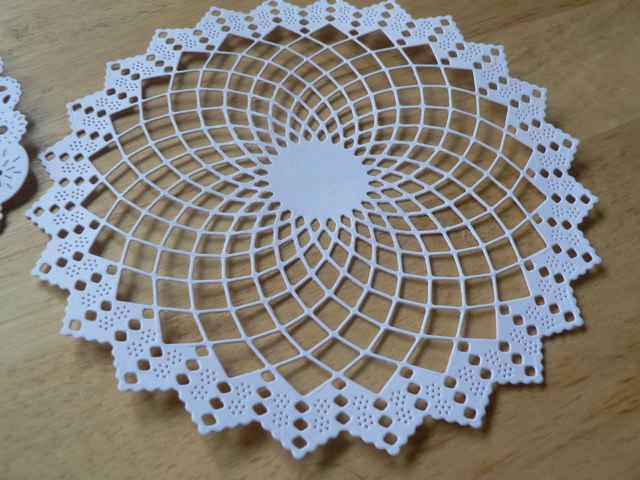 I had cut this doily die, to see if it would cut nicely in my Grand Calibur (and it did, but then I did actually both READ and FOLLOW the directions that came with the die on how to get a good cut) and thought it would make a lovely backing for the flower.  I snipped along some of the bits to make it smaller  (and this die-cut is  5 1/2 inches across!) and added my flower to the middle. 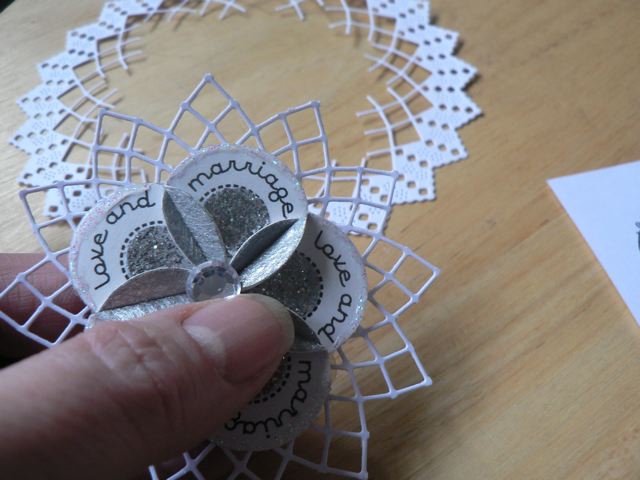 And the shame of it all is the glitter glue smeared one of the text bits.  {sob} 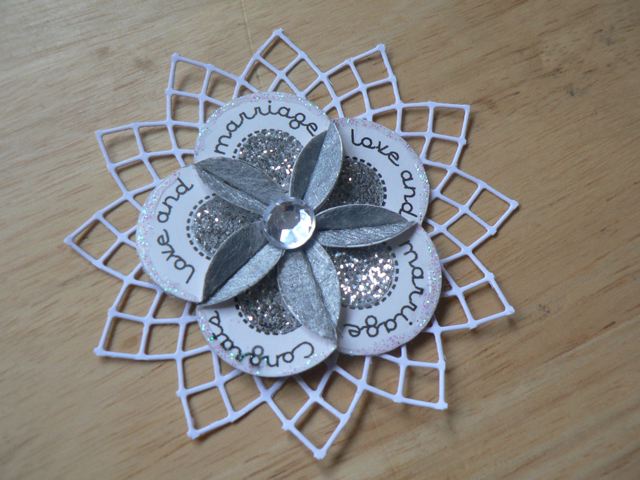 Can you see it on the CONGRATS petal?  I can probably remove that one and do another one to replace it, but in the interest of full disclosure I felt like I needed to make you aware of it.  I make the mistakes, so you don’t have to!  That should be my blog sub-title LOL!

Anyway I still have the others to finish and show, but I am not sure I’ll make it thru them today!

The dies (by Cheery Lynn, blog is here) are called Doily Dies and the one I used is Large Sunflower Doily (although Tracy had an even bigger one there, which surely should be called MAHOOSIVE SUNFLOWER DOILY) and have the French Pastry one as well.

Some of the dies are … interesting (can’t say I am on board with the Horse ones, to be honest) but there are a number of videos here that you may find interesting.

I cut the dies at the crop, using Julia’s Big Shot (which did need about two cardstock shims) and then at home on my Grand Calibur.  Both cut pretty well, with shims and rotating the dies, 2 to 3 passes across the rollers, so I wouldn’t hesitate to get more.

7 thoughts on “The script-y set of printables!” 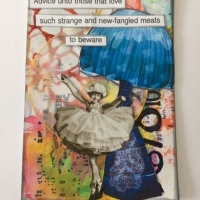